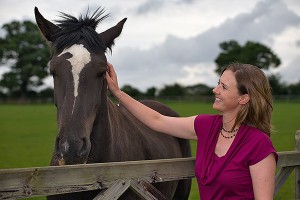 Jo White has a proven track record of delivering solid results and positive change, both in the UK and in an international context. She passionately believes in the power of campaigning, education and communications to make a real difference.

Jo’s expertise and experience include a deep rooted understanding of how best to influence Government and policy makers in order to achieve positive improvement. She has a proven record of gaining public and media support, as well as changing attitudes and raising awareness. Jo has developed campaigns, educational initiatives and effective communications that deliver practical sustainable solutions when and where it matters.

In April 2011 Jo took the first step towards fulfilling a lifelong ambition of running her own business, by developing the social enterprise Progressive Ideas. At the start of 2012 Jo began working on Progressive Ideas full-time, when she moved from being a staff member at World Horse Welfare to a freelance consultant for the charity. Progressive Ideas has been going from strength to strength, with clients and activities including:

Jo was awarded the British Equine Veterinary Association (BEVA) Equine Welfare Award in 2010, for her campaigning work to end the long-distance transportation of horses for slaughter in Europe. She has carried out numerous field investigations, collecting vital evidence of the welfare concerns associated with the movement of horses to slaughter. Jo held responsibility for the creation of the Dossier of Evidence presented to the European Commission in 2008, and the second edition released in October 2011; she also formed part of the team submitting evidence to the European Food Safety Authority (EFSA) Working Group in 2010. She managed the campaign to achieve the adoption of the first Written Declaration 54/2009 on horse welfare by the European Parliament in February 2010, calling for amendments to the current transport Regulation. This was signed by over half of all MEP’s, including representatives from every Member State, and is one of only six animal welfare Declarations to be adopted by the European Parliament.

Jo worked at the charity World Horse Welfare for over ten years. As Director of Campaigns and Communications she was responsible for coordinating research, political lobbying, profile-raising, supporter engagement, the development of educational solutions, planning and managing the rebranding of the charity, PR, media liaison, event management, publication production, facilitating the development and use of film, social media and the web. She has led campaigns and communications activities in the UK and internationally that have delivered solid outcomes and achieved public, political and industry support; leading to tangible, positive results for horse welfare, and the people and organisations involved.

Before joining the charity, Jo worked in education, the media and practically within the horse industry. Her passion for making a difference, matches her determination to help those who want to achieve positive change, whether it be for people, animals or the environment.

Contact us today to find out how we can help.